Archive for the tag “humanity”

I’m in Florida, visiting my mother. There’s a beach, waves, shorebirds… And it’s warm! Late last week, my youngest daughter and I boarded a plane in Portland, Oregon, flew to Chicago –and then on to Fort Myers, Florida –across the continent for a distance of nearly 3000 miles. Being the holidays, the airports were packed, with people going in all directions, all over the planet. And like most people, we arrived at our destination the same day we departed.

Above the clouds –somewhere over eastern Oregon.

Of course, just about everybody agrees that us human-types do pretty amazing things, like fly across the continent in a day and communicate instantly with family, friends, and colleagues on the other side of the planet. Oh for goodness sake… human beings have traveled to the moon and sent spacecraft to Mars!

In the context of geologic time, however, humanity and its accomplishments are positively mind-boggling. Homo sapiens dates back some 100,000 years, a miniscule period of time given that Earth is 4.55 billion years old. But it wasn’t until 1933, less than 100 years ago, that humans entered the “crazy-modern period” –when we flew the first airline flight across the US with no overnight stops. At that point, all parts of our planet became readily accessible to the public.

Divide 100 years by 4.55 billion? Our “crazy-modern period” is one 45.5 millionth of Earth history. What a unique moment in Earth history we’ve created! No other species has come close to anything like this –ever— in 4.55 billion years. 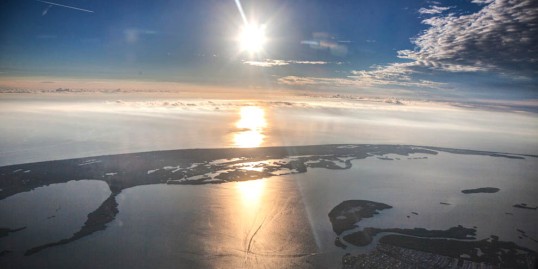 I won’t try to speculate how long our resources and (relatively) clean environment will last, but if we don’t figure out a way to live sustainably, these amazing times will soon disappear no matter how smart we are. Our sliver of Earth history will remain vanishingly small. Earth will heal, of course –but humans don’t have the same luxury of geologic time.

Regardless of whether or not we survive our successes, all of us share this unprecedented time. Here’s to another solstice passing –and to another calendar year. 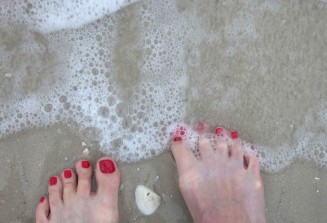