Archive for the tag “roof pendant”

The photos from the last posting were from the Sierra Nevada Batholith –called a “batholith” because it consists of many many smaller intrusive bodies that collectively define a much larger intrusive complex that doesn’t even have a well-defined root.  As it turns out, the Sierra Nevada are one of several really large batholiths that intruded the crust of the Pacific Margin during the Cretaceous Period, about 80-100 million years ago. 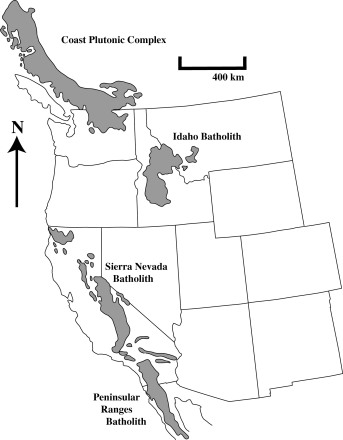 And along the east side of the Sierra Nevada, we can see the original rock into which the granite of the Sierra Nevada intruded.  This original rock consists of older sedimentary and volcanic rock–that dates from the Cambrian Period through the Jurassic– much of which was metamorphosed by the heat from the intruding granite.  The photo below shows the Cretaceous granite below (light colored rock) and the dark-colored sedimentary (now metamorphic) rock above.  These older rocks that are intruded by the granite are called “roof pendants” because they show the roof of the batholith. 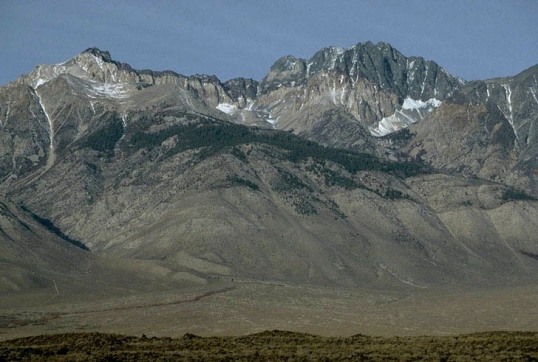 And as far as geologic time goes, this photo shows us that the granite, discussed in previous posts, is younger than the sedimentary rock that overlies it.

And click here to see a photo of glaciated granite in Yosemite National Park.